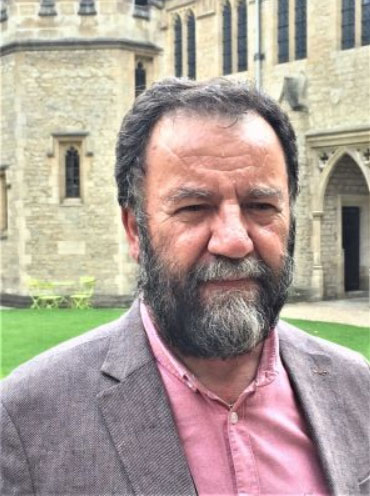 He joined the Department of Applied Computing & Multimedia at TEI of Crete (TEI-C) – HMU’s predecessor – in 2005 as an Associate Professor and in 2010 he was elected Professor. He teaches undergraduate courses on Database systems, Advanced topics on Databases, User interface design, as well as postgraduate courses on Computer supported collaboration and Management Information Systems. He has also supervised 10 postgraduate students (MSc) while being a member of the advising committed for three PhD candidates at the Hellenic Open University (degree awarded in 2019) and the Catholic University of Leuven, Belgium (private defenses completed succesfully). At TEI-C, he has undertaken several administrative responsibilities, while also servicing from various non-academic positions including Head of Department (2007-2009), Director of postgraduate studies (20012-2014), Research director of the Latice research lab (2015 – 2019), Founder and director of the istlab research group which was incorporated in the Latice laboratory, member of the TEI-C research council (2014-2016).

Before joining TEI-C he was a member of the research staff at the Institute of Computer Science, Foundation for research and technology-Hellas (ICS-FORTH), affiliated researcher to the Research Council of the University of Crete and system analyst at the Cooperative Wholesale Society, Central Manchester complex. He has been a visiting professor at the Hellenic Open University (2005-present), the University of Derby, UK (2014-2015) and Oxford Brookes University, UK (2014-2015). During his affiliation with ICS-FORTH, he participated in many R&D projects and contributed to European and international standards on Accessibility of New technologies.

He has authored or co-authored one monograph, one edited collection with IGI Global, one volume in the conference series Panhellenic conference on Informatics and more than 150 scientific publications in books, conferences and archival journals such as Human Computer Interaction, Journal of Enterprise Information Management, International Journal of Human Computer Interaction, etc. Finally, he is on the editorial panel of various journals and conference series, while he has also organised several special issues in journals covering state of the art topics and themes in computing.

His research has attracted funding from both national and EU research programs and initiatives. He was has also led one of the early Google CS4HS bits allocated to Greece.